The Monetary System of Ancient Greece

An obol, a drachma, a mina, and a talent

“What’s a Grecian earn?” is an old pun trap routine (“What’s a Grecian Urn?” “About 3 dollars a day.”) but the correct answer is “one drachma a day.” At least that is what the average working man in Athens during the time of Alexander the Great earned for a day’s labor.

The monetary system of the Greeks and Persians went something like this. 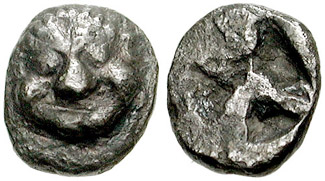 Drachma – equals six Obols, and is also the average daily wage of a working man in Athens, or a day’s pay for a mercenary soldier (out of which, however, he would have to buy his own rations). 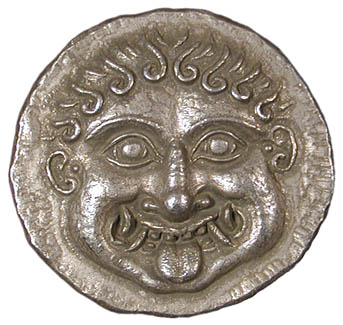 To put this in perspective, a cup of cheap wine cost one or two obols. A common grey mullet or an octopus would go for about four obols in the Athenian fish market, while an eel – considered a delicacy – would cost three Drachmas. Hiring a “flute-girl” for a symposium (wine-drinking party) would cost two Drachmas for the evening. A chous of common table wine (six pints) would also cost about two Drachmas, with higher quality wine of course costing much more. An amphorae could hold seven chous.

A mina was derived from an ancient Sumerian unit of measure and came to be used widely throughout the Aegean and Ionian all the way to the farthest eastern borders of the Persian empire. It is used widely in both the Old and New Testament. (notably the Book of Ezekiel and in “The Parable of the Minas” in Luke – or at least in the King James version). In Greece, a mina was equal to about 430 kilograms, when used as a unit of measure, and about 100 Drachmas of currency. According to the playwright Plautus – 191 BC – it took 20 mina to buy a decent slave — or at least that is the value of the title character of one of his plays, the chief house slave known as Pseudolus. A farmer would count himself lucky to earn four mina a year.

To be considered rich in ancient Athens, a man would have to be worth at least three Talents (18,000 Drachma/180 Mina). According to Thucydides, to keep one trireme (with a crew of 200) in service for a month would cost one Talent.