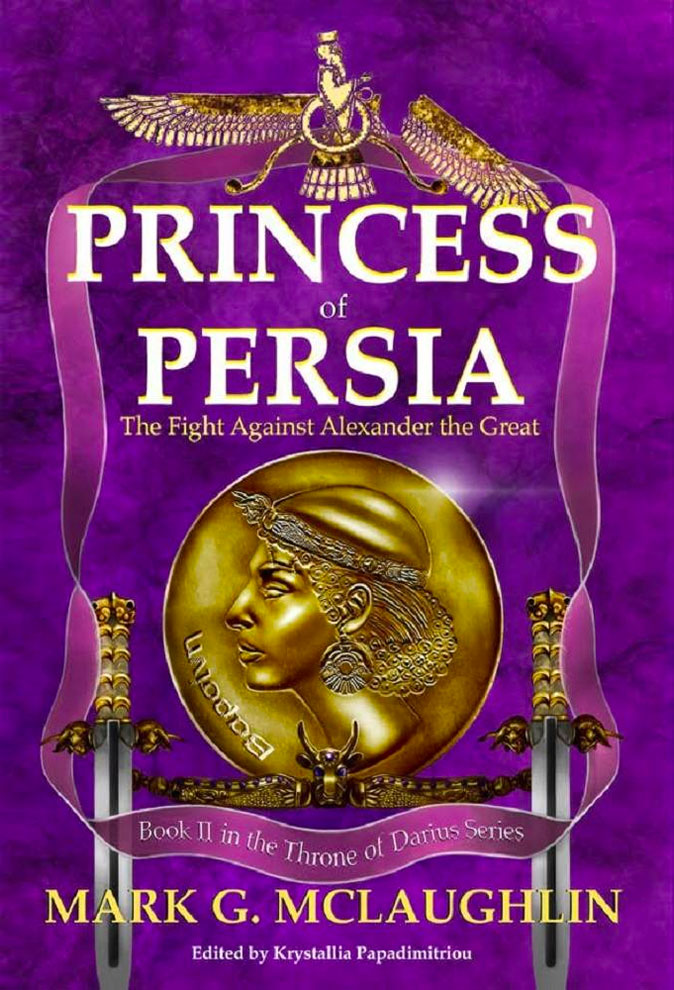 Book II of the Throne of Darius Series: Princess of Persia

Alexander the Great would have been furious at the disrespect shown to him in this novel. His mother, Olympias, would have surely cursed the author for depicting her son as a blood-thirsty glory-hound with delusions of godhood. On the other hand, Darius, the king whose throne Alexander lusted for, and Memnon, the general who was for a time the young Macedonian’s greatest foe, are likely smiling in their graves, relieved that someone west of the Bosphorus has finally told their side of the story.

Princess of Persia is the second book in the series which began with Throne of Darius: A Captain of Thebes. It continues the story of the Greek and Persian men and women – and one woman in particular – to whom Alexander was anything but “great,” and tells the tale of the young world conqueror from the perspective not of those who worshipped him – but of those who fought against him.