While Alexander used his cavalry to deliver the scoring goal in the field, when it came to storming a breach, breaking through a strongly defended barrier or scaling a cliff to take a mountain fortress, he relied on his infantry – and not just any infantry: the Silver Shields.

So-named because of the bright shiny silver-plated shields they later carried, these were Alexander’s “Chosen Men,” his “Storm Troopers.”  Veterans and volunteers all, these elite soldiers were the pick of the regular infantry, and were led by the son of the most experienced of the Macedonian generals.

When Alexander’s father, King Philip, built, trained and led his army, he did so with his close friend Parmenio at his side.    Parmenio and Alexander had a very touchy relationship, with the former often chiding the young boy king for being too reckless.   It was Parmenio, however, who formed the elite unit known initially as hypaspists (which means “shield bearers”), and who put forward one of his sons, Nicanor, to lead them.

Unlike the hoplite armies of Greece, the core of the Macedonian infantry did not carry shields.  They needed both hands for the 18-foot-long pikes they carried.   The hypaspists were unique, in that they did not “trail the puissant pike”(as Shakespeare later put it), but were armed with sword, spear and javelin, and thus always had a hand free to carry a protective shield.   They also wore light body armor, similar to that of the old hoplites (the pikemen of the phalanx did not). These crack soldiers were always the first up the ladder to scale a wall – or, at least the first behind Alexander – and were the first into the breach.   On the battlefield they formed a mobile infantry force to guard the flanks of the ponderous pike phalanxes and often followed close behind Alexander and the cavalry to secure his victory.

They were also used like modern-day commandos.  When an enemy king in what is now modern day Afghanistan refused to leave his heavily fortified mountain stronghold it was 30 of these men who volunteered to scale the vertical cliff face of the “Sogdian Rock” to take the fortress by surprise.

The name “Silver Shields” came later, during Alexander’s campaign in India,  when he honored the regiment by having their shields covered with a thin layer of silver. 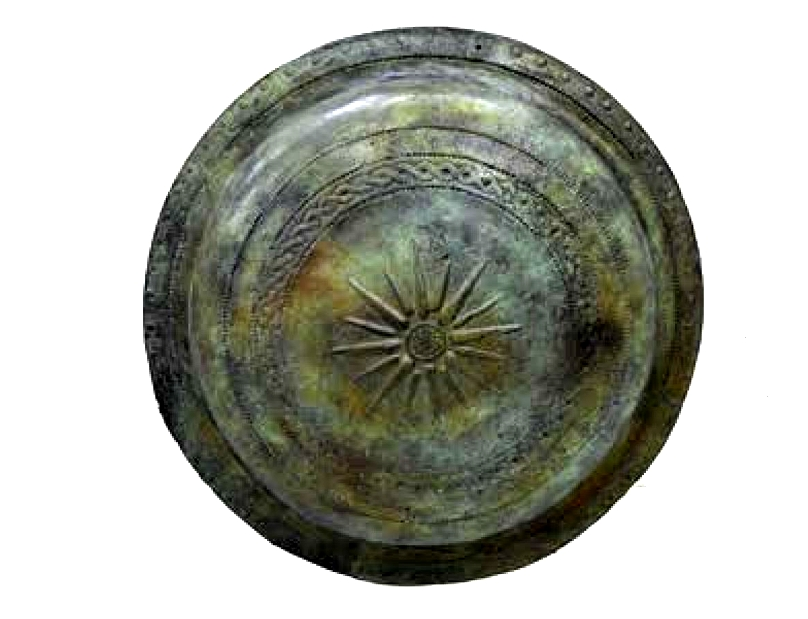