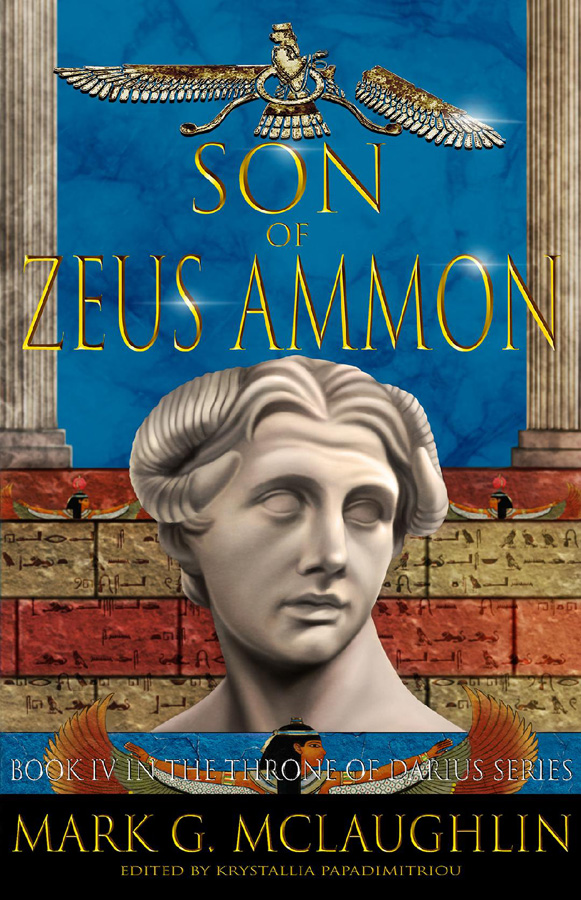 Book IV of the Throne of Darius Series:
Son of Zeus Ammon

Alexander the Great would have cut off the head of the author of these historical novels and impaled it on a pike. Why? Because Mark G. McLaughlin dares to tell the story of the young king’s campaigns not as a tale of glory but for what it was: a brutal, murderous, merciless march of death, destruction, and enslavement. Here is the account the victors do not want told; the too-long-buried view from the other side of the Macedonian phalanx; the story of those who held the line, manned the oars, and stood upon the battlements to defend their homes and families not just from a foreign invader – but also from a man who falsely believed himself to be the son of god.

Son of Zeus-Ammon is the fourth book in the series which began with Throne of Darius: A Captain of Thebes. It continues the story of the Greek and Persian men and women – and one woman in particular, a Princess of Persia – to whom Alexander was anything but “great.” From the bloody siege lines of Gaza to the lavish palaces of Memphis, and from the holiest of holies in Jerusalem to the mysterious oracle at the oasis of Siwa , this is the continuing saga not of those who worshipped the young world conqueror – but of those who stood against him.