Third Book in Throne of Darius Now Available: A Sacker of Cities

Sacker of Cities is the third book in the series which began with Throne of Darius: A Captain of Thebes. It continues the story of the Greek and Persian men and women – and one woman in particular, a Princess of Persia – to whom Alexander was anything but “great.” From the battlefield of Issos to the walls of Tyre, and from the chambers of a captive queen to the waves of the wine-dark sea, this is the continuing saga not of those who worshipped the young world conqueror – but of those who stood against him. 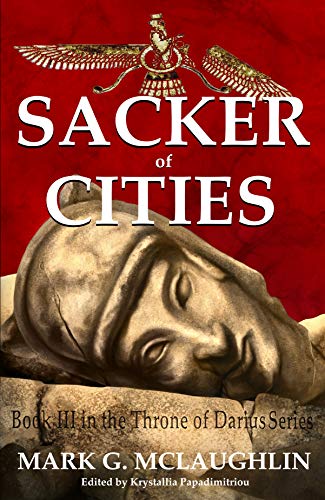