Review of Throne of Darius and Interview by Awesomegang.com

About Throne of Darius: A Captain of Thebes by Mark McLaughlin

Ancient Greece, Thebes, 335BC. Alexander of Macedonia savagely crushes the Theban revolt against his rule. Swearing revenge for their once glorious city, Dimitrios, a captain of the Theban army, physician Klemes, and soldier Ari, join General Memnon in Asia Minor to fight against Alexander as he sets off to conquer the Persian Empire.

As Alexander marched on with his Macedonians, not all Greeks followed. Many stood up for their honor, their cities, their families, their faiths, and democracy. History is of course written by the victors, but the vanquished, too, have their stories to tell. This is one of them.

A tale of high adventure and war told with historical accuracy, heart and a sense of humor, Throne of Darius is a unique and irreverent portrait of Alexander the Great, told from the point of view of those who fought against him.

If you like history, epic battles, military tactics, and some fun, this is the book for you.

Buy the book, and follow the author on social media:
Learn more about the writer. Visit the Author’s Website.
Buy the Book On Amazon.

Author Bio:
“Someday, you make a game for me, Daddy?” is what little Ryan McLaughlin asked her father, Mark, many years ago. He designed not one but two games for his daughter and then wrote a novel based on the later of those: Princess Ryan’s Star Marines.
Now he is writing a series of historical fiction: Throne of Darius. A Captain of Thebes is the first in a series about characters (real and imagined) who fought against Alexander the Great.

A freelance journalist, Mark G. McLaughlin is the author of two novels and two books on military history and is the designer of 24 published games – most recent of which is Ancient Civilizations of the Inner Sea by GMT games. Mark also writes for many clients and publications. Although his principal work as a journalist over the last 40 years has been in foreign affairs, he also writes on everything from travel and entertainment to serious position papers. 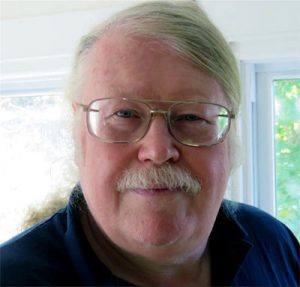 Tell us about yourself and how many books you have written.
Three novels (and a fourth with my editor), two non-fiction books on military history, 25 board games (with four more with artists and editors), and thousands – thousands – of articles on everything from “Best BBQ Restaurants in…” to War Crimes tribunals: that is what I have been writing for the last half-century. I am and always have been a full-time freelance writer and game designer. I also paint and play games with miniature soldiers, and was the work-at-home dad when my kids (now all grown up and married) were little – and I loved every day of that!

What is the name of your latest book and what inspired it?
“Princess of Persia.” It is the 2nd in the ” Throne of Darius” series. (The first was A Captain of Thebes and the third, “Sacker of Cities,” is with my editor now. Five more books in the series are planned). I have always loved ancient history, but like so many of us educated in the West, we only hear one side of the story, especially when it comes to Alexander the Great. I wanted to tell the story from the other side’s point-of-view, notably the GREEKS who fought AGAINST Alexander the Great. (The first people Alexander conquered were not the Persians, but the Greeks, beginning with the razing of Thebes).

Do you have any unusual writing habits?
I write something every day. Every day. I might spend four to six hours writing almost non-stop, or I might stop after half an hour or so, but I feel it is important to write something, anything, as it makes it all the easier to write the next day. Somedays I do not feel like writing – until I start, then I either get inspired or my sense of discipline kicks in, or I start feeling guilty because if I don’t write, I don’t get paid – and this is my livelihood.

What authors, or books have influenced you?
After I wrote my first book, Battles of the American Civil War, I was invited by my mentor at the Associated Press (I was doing rewrites and features) to have lunch with the legendary historian Bruce Catton. I loved his Army of the Potomac series as a kid in military school, especially as he demonstrated that history can and should be told with a literary flair. In my schoolboy days, I was inspired by Catton, thrilled by Robert Heinlein, entranced by Tolkien, and excited by C.S. Forester (the Hornblower series especially).

What are you working on now?
Just sent my editor the third novel in the Throne of Darius series, and have finished the research and outline for the fourth. Working on a short story for Story Origins, and am working on three game designs: Ancient Civilizations of the Middle East (now with the publisher’s art department), Hannibal’s Revenge (now with my editor), Ancient Civilizations of East Asia (creating the components for the playtest version). Up until last month, I was working on putting the finishing touches on the next version of my War and Peace game, which is now at the printers.

What is your best method or website when it comes to promoting your books?
Facebook. I do have a website, blog, and newsletter, but Facebook works best for me; it gets and keeps me in touch with people who are interested in, like, or play my games and read my books.

Do you have any advice for new authors?
Never give up. Write something, anything, every day, no matter how hard or how awful it is.
Do not try to write (or design games) for what you think the market wants. Write the story you want to tell; write what you are compelled to write. As a freelance journalist, of course, I have written thousands of articles over the last 50 years based on what my clients wanted, but even then, my best work was about things I believed in, was passionate about, found challenging or at least interesting. And if the assignment does not meet any of those criteria – try to make it so.

What is the best advice you have ever heard?
Never give up. Seriously. As my dad (a WW2 scout-sniper) used to say: “You miss every shot you don’t take.” (Which, it turns out, was originally attributed to Teddy Roosevelt).

What are you reading now?
Bernard Cornwell (one of my all-time long-time favorite authors). The 13th in his Warlord Chronicles (first three books were made into the TV Series “The Last Kingdom.” His 20+ Sharpe novels are terrific).

What’s next for you as a writer?
After I make the changes that my editor recommends in “Sacker of Cities” I will begin writing the fourth of eight books in the Throne of Darius series. It will be called “Son of Zeus,” and will cover Alexander the Great in Egypt.

If you were going to be stranded on a desert island and allowed to take 3 or 4 books with you what books would you bring?
The Bible (I love the Old Testament as literature! The New Testament is much nicer but rather dull).

The Lord of the Rings trilogy (read it four times, never gets old).

The Illiad (and the Odyssey) – I am a total “Trojan War Junkie” and will and do read almost any book or novel on it.