I am always on the lookout for good, solid, and enjoyable books to read in support of my writing and game design.  While there are numerous and more recent studies on ancient Persia on my shelves, few if indeed any can match  Albert T. Olmstead’s brilliant History of the Persian Empire. 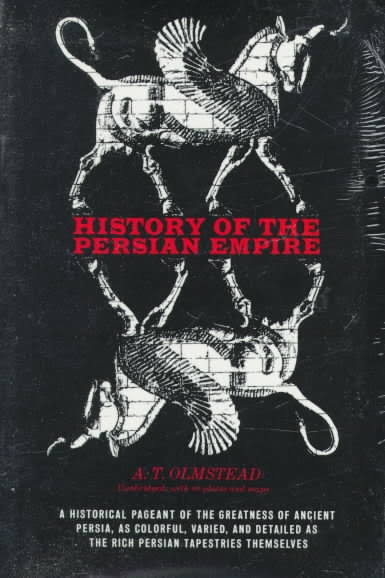 Albert T. Olmstead was one of the most notable and respected professors ever to teach at the University of Chicago’s Oriental Institute. Although he died in 1945, his monumental History of the Persian Empire is still THE standard by which all other books on the topic are measured. – and one of the most reprinted (most recently in 2012). It is also one of if not the best written, in that it is engaging – even engrossing – and, best of all, never, ever dull.

A comprehensive study, the book delves into more than just the reigns of emperors and the wars they fought (all of which are, however, covered and covered quite well). Olmstead explains the role of science, religion, law, and commerce and how they were conducted in the empire.  The professor also paints a portrait of the daily lives of the common people, including the role of women in creating, ruling, and managing what would grow to become one of the largest and greatest empires ever built.

History of the Persian Empire is available from Amazon and other online sellers for under $24, but can be found, as I did,  for as little as $2.99 from used book dealers.

History of the Persian Empire has been an invaluable source of information not only for the Throne of Darius series of novels but also for the Ancient Civilization series of games that I and my co-designer, Chris Vorder Bruegge,  continue to work on.