Alexander’s father, King Philip of Macedon,  formed the finest force of shock cavalry yet seen in history.  These hard-charging lancers were recruited primarily from Thessaly, which like Thrace was famed for its horses and horsemen.  Philip bribed, bullied and battled his way to become “archon” of the tribes of Thessaly, a title which literally mean “first of many,” meaning that all other chiefs owed him homage.  In return, he lavished honors and money upon these chiefs, each of whom sent the finest of their riders and best of their herds to Macedon. 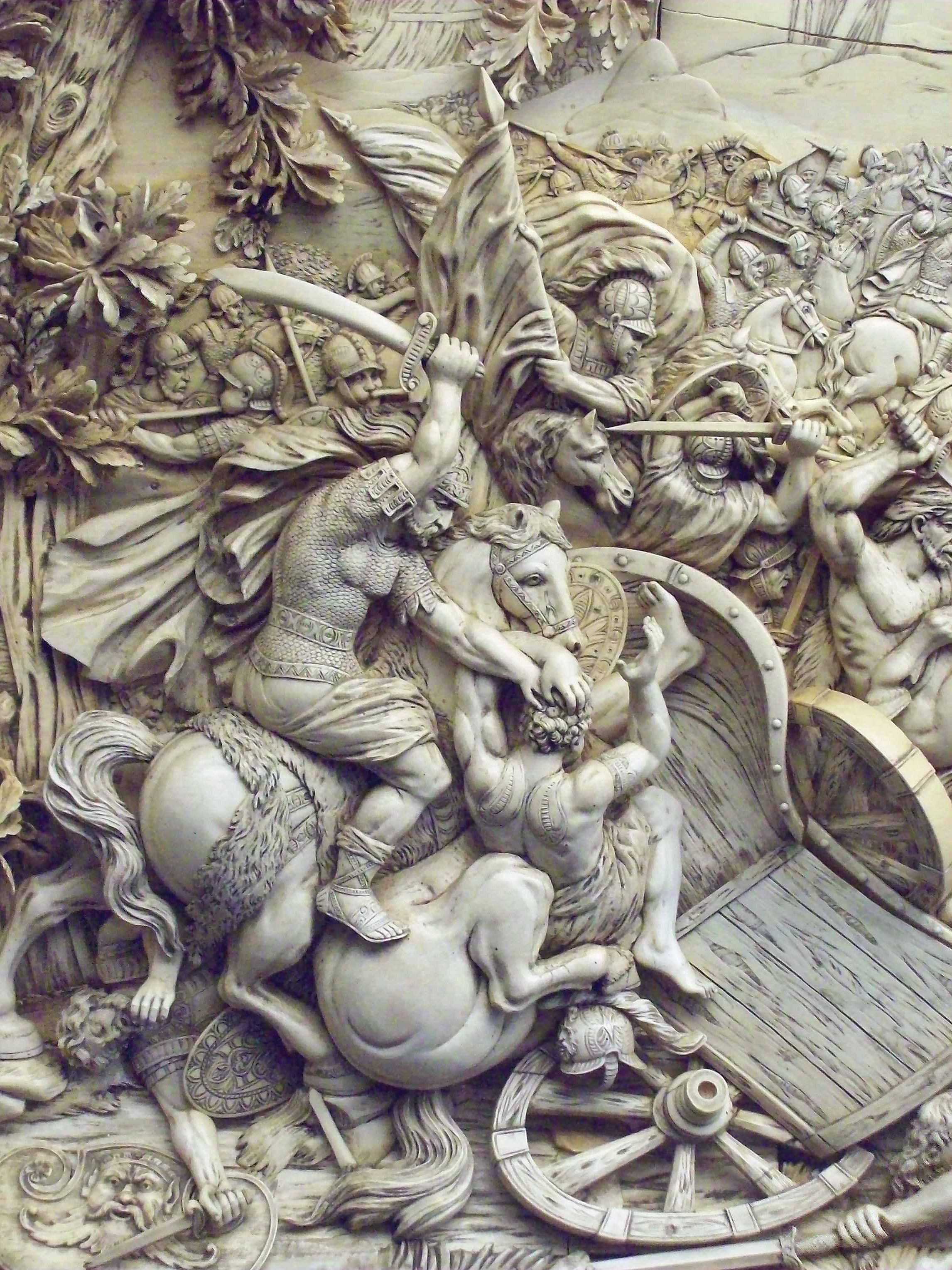 The most famous of these prized Thessalian mounts was Bucephalus – a majestic, powerful and fierce black stallion that according to legend only Alexander could tame and ride.   Bucephalus was not Alexander’s only horse, but when he went into battle or rode in triumph, he did so upon Bucephalus.  Alexander rode him in his first major battle, Chaeronea in 338 BC, while he was still but a prince, and in his last major battle, The Hydaspes in 326 BC. (Bucephalus is buried near that battleground in the modern Punjab region of Pakistan).

When Alexander rode into battle, he usually did so at the head of the Thessalian cavalry, in particular the Hetairoi (Companions), of which there were five squadrons, the first of which was the Royal Guard.   These were the elite of the elite, and formed the point of the cavalry wedge formation pioneered by Philip and used with such great effect by Alexander – who frequently rode at the very tip of that spearhead-like wedge.

The Thessalian cavalry carried a 12-foot-long version of the sarissa, or 18-foot-long pike carried by the Macedonian phalanxes.  It had a sharp tip at each end, so if it broke during a charge, the rider could flip what remained in his hand and still have a thrusting spear.   These horsemen also carried a swords and a shield, wore a metal pot helmet, light bronze shin guards (greaves) and some form of protection on their upper body.  This could be a cuirass of leather, bronze or stiffened linen, or a shirt of mail.

What made these horsemen unique is that rather than ride about shooting bows, throwing javelins or hovering about the edges of a fight – they were the fight.  They would charge at a gallop into enemy cavalry and even into formed bodies of infantry, scattering them or at least driving a wedge into the hostile formation, which would then crack and scatter.