The women, children, and other members of Emperor Darius of Persia’s family were taken prisoner by Alexander after his victory at the battle of the Issos in 333 BC.  Among them were the emperor’s wife, Satiera, and her daughter, also named Satiera. 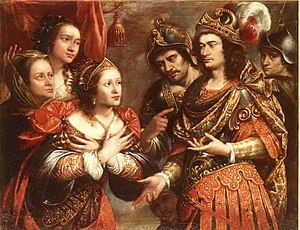 The older of the two was not only Darius‘ wife but also his sister (marrying your sibling was a custom among the royal families of Persia, Egypt, and other ancient empires).  She was reportedly also a strikingly handsome as well as regal woman,  and as such is said to have caught the eye of the conqueror. 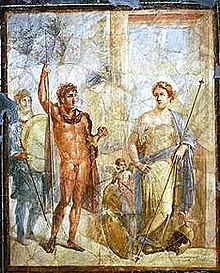 Several ancient historians hint that the two developed a close relationship.  When Sateira died in childbirth in 334 BC, those historians report that it was uncertain whether Darius or Alexander was the father.   The historian Plutarch writes that Alexander “spared no expense” in burying her.  Another ancient Roman historian, Justin adds that Alexander not only gave her a “generous funeral” but also “shed tears” at her passing.

Her daughter – the younger Satiera – remained an honored captive.  Her father offered his daughter’s hand in marriage along with half of the empire, but Alexander spurned the other, replying that he possessed both Darius’ empire and his daughter.   Alexander, however, kept the idea of marrying Sateira in his head even after the death of her father, Darius.  (The Persian emperor was killed by treacherous generals in Bactria, in 330 BC, while trying to rally governors and troops to defend his crumbling empire.)     He ordered her to be tutored in the languages and customs of Greece and his native Macedonia.

Upon his return to Susa from his campaign in the east, Alexander took Sateira as his bride.  He also married her cousin, Parysatis, daughter of Darius’ predecessor.  Their marriage was part of the massive  “Susa Wedding” ceremony in which some 10,000 Macedonian veterans took Persian wives.  They did so at Alexander’s insistence as part of his effort to merge the two cultures and to add legitimacy to his reign.  That merger did not last much longer than Alexander (or his empire), as after his death a year later most of the soldiers discarded their local wives. 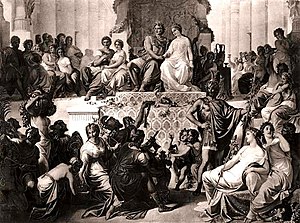 (Marriage of Alexander to the younger Sateira at Susa)

Alexander, of course, was already married to Roxanne of  Sogdia, whom he had married as part of a peace deal during his Afghan campaign.  She remained his queen, with Sateira and Parysatis as his second and third queens, respectively.  How did Roxanne feel about Alexander taking a second wife? Well, considering that she had Sateira murdered shortly after Alexander’s death pretty much answers that question. 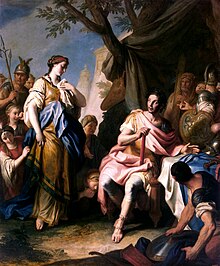 (Alexander and Roxanne, according to Pietro Rotari, 1756)