The First Person to Call Alexander “the Great” was a Comedian 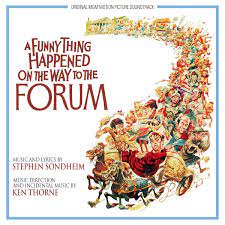 A Funny Thing Happened on the Way to the Acropolis”

The First Person to Call Alexander “the Great” was a Comedian

Alexander of Macedon was never referred to as “the Great” during his lifetime – or at any other time during the 130 years that followed his death in 323 BC. When he finally received that epithet it did not come from a famous statesman or respected historian – but from a comedian (and a low-brow one at that!)

In 193 BC the struggling Roman comic playwright Titus Maccius Plautus needed a hit play to revitalize his waning career. Desperate for ideas, he “adapted” (i.e. stole) the plot of the comedic ghost story Phasma written by the late Greek humorist, Philemon. (A man who famously died laughing at one of his own jokes,) Plautus gave the story a spin and the result was the silly, slapstick comedy Mostellaria – which means “haunted house” in Latin.

The plot revolves around a crafty slave, Tranio, who in hopes of winning his freedom helps his master’s young son throw wild parties while dad’s away. When dad unexpectedly returns, Tranio convinces him the house is haunted and that he should stay elsewhere until the ghosts are chased off. Tranio and the lad hurry to clean up the place, get rid of the girls, drunks, and other guests, and remove all evidence of revelry. It doesn’t work out quite as they planned – after all, it wouldn’t be much of a comedy if it did.

At one point during the play the cunning, crafty, scheming slave Tranio starts talking about famous dead men, notably Agathocles, the infamous tyrant of Syracuse, and, well, you know who:

They say that Alexander the Great and Agathocles
had done two very important things. What will happen to me the third time,
who alone do immortal deeds?

The comedy was a big hit – so much so that the appellation “the Great” stuck – and got picked up by historians and other Roman writers from then on.

PS: The legendary Broadway team of Stephen Sondheim and Larry Gelbart admitted that Plautus’ play inspired them to write the hit musical “A Funny Thing Happened to Me on the Way to the Forum” – Tranio was the model for their character Pseudolus, who was played by Zero Mostel both on stage and in the 1960s film version, and more recently on stage by Nathan Lane. 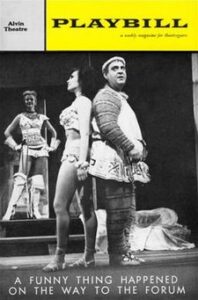