Prof Ali Ansari, who wrote the BBC piece with the eye-catching title above, teaches at the Institute of Iranian Studies, St Andrews.  He is just one of a growing list of respected scholars and writers who are questioning the myth and are exposing the true story of the bloody warmongering tyrant history has wrongfully termed “the Great.”

Alexander wasn’t “the Great” Until Roman Writers Named Him Such

Alexander wasn’t referred to as “the Great” until two centuries after his death, as historian Ian Worthington discovered. “The very first time he’s referred to as ‘Great’ is in a Roman comedy of the 1st century BC where he is called ‘Magnum’ (the Latin word for ‘great’). Thus at some point between his death in 323 BC and the first century BC he’s come to be seen as ‘great’. Most likely the Romans called him ‘great’ because they were people who measured greatness by the number of ‘body bags’.”

Worthington,  the Curators’ Professor and Professor of History at the University of Missouri, where he has been teaching since 1998, adds:

“Alexander coldly massacred hundreds of thousands of native peoples during his campaign, and at times in Afghanistan and India he and his army were wiping out entire tribes – at times it was genocide! Today if Alexander was alive, he would be put on trial for war crimes.“ 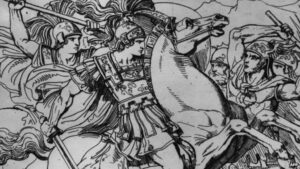 That view is also shared by Dr. Richard Gabriel. He is an adjunct professor in the Department of History and War Studies at the Royal Military College, is a former U.S. Army officer, and is the author of more than 40 books (as well as serving as a consultant to the Senate Armed Services Committee).  He wrote the following for HistoryNet:

“But the man known as Alexander the Great was also one of history’s worst monsters. He was a murderous, rage-filled, paranoid, alcoholic, religious fanatic who, on at least one occasion, showed a fondness for what today might be considered necrophilia. He murdered often, at times indiscriminately. He assassinated rivals a dozen at a time, slaughtered innocents by the thousands, and exterminated entire tribes of people. It’s no exaggeration to say that Alexander killed off a generation of Macedonian officers—veterans he needed to run the army he inherited from his father, Philip. Nor were friends and family spared; within days of taking the throne, he killed Philip’s most recent wife and her new infant.”

Alexander the Great: Monster of Macedonia

The list of scholars questioning Alexander’s “Greatness” is still growing. Paul Cartledge, who is quoted extensively in the following article, is Professor of Greek History and Chairman of the Classics Faculty at Cambridge (and his book on Alexander is on my research table right next to my computer) 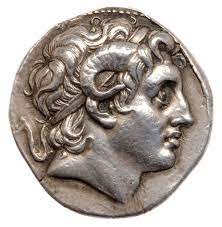 Cartledge, who leans more toward the megalomaniac interpretation, however, concedes that there is still much to learn and understand about Alexander.

“You can think, ‘He must have had this insatiable blood lust,’ ” Cartledge says. “On the other hand, can you accept that conquest is what he’s about? You can’t reduce someone as complex as Alexander to a simple character in black and white.”