Mark McLaughlin’s classic game on Napoleonic conquest is here revitalized and enhanced with completely updated graphics and production, all new campaigns covering all of Napoleon’s career, and a completely revamped rule book that incorporates all known errata, and the best official variants and optional rules along with a few new surprises. War and Peace will be given the deluxe treatment in this re-issue.

From the rainy opening months of 1796 through the climactic summer of 1815, the entire decades-long conflict between France, England, Austria, Prussia, Russia, and Spain, is re-created in 13 separate scenarios. Each historical scenario is presented as a separate 2-player game with an average playing time of 2-3 hours. Also included is the Grand Campaign Game that covers the 10 year conflict of Empires from 1805-1815.

On December 2nd, 1804, Napoleon Bonaparte was coronated Emperor of France. By placing the crown upon his head with his own hands, Bonaparte brought all of Europe to the brink of war. For by its very nature, the act of self-coronation threatened the rule and challenged the legitimacy of every government then in existence.

To restore the sanctity of the divine right and position based on noble birth, the European monarchies branded Bonaparte an international outlaw and pledged to remain as war against France until the Corsican usurper was overthrown and the Bourbon was restored. For the next ten years the fate of the French Empire rested on the on the abilities of the man: as a warrior and as a peacemaker.

What you will get with this new version of the wonderful old game is all of the Napoleonic Campaigns in one box plus a newly revised Grand Campaign Game, with all new map, components, modern artwork, and greatly updated rules with new optional rules for chrome and increased emphasis on the Operational Arts.

The thirteen scenarios (not including the Grand Campaign Game) are as follows:

“This project was about 150 hour of work and love from me and a couple others to get it ready for One Small Step Games to look at it and that is on top of the incredible initial labor, and the ongoing work published in the General Magazine and much more including all of the comments and questions from the gaming audience. It would have been impossible to have gotten to this point without the labor and love of countless people. Any errors or issues with this current version are mine alone. I wish to extend respect, thanks, and appreciation to everyone who has ever touched this fine game. Thank you! Seeing the amazing work done this year by the team at OSS Games to create this definitive version of the game, especially the work of Paul and Antonio, plus Mark and Jon’s support, has been an amazing fulfillment of decades of work that I have had the honor to bring to fruition. I truly hope this new version provides countless new hours of enjoyment and enriched historical engagement for gamers young and old.” 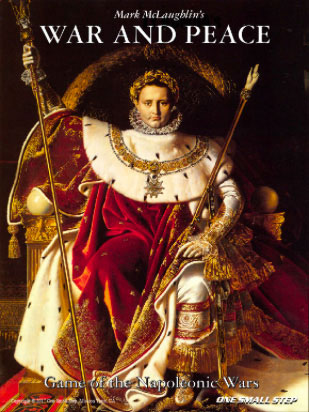