When Egypt Lost its Pharaohs

When Alexander of Macedon invaded Egypt in 332 BC, the storied land of the pharaohs had been without a true pharaoh for two centuries. The last of the ancient line of pharaohs that stretched back over 26 dynasties had been defeated and dethroned in 525 BC by King Cambyses II of Persia after the invaders’ victory at Pelusium. Cambyses added the title of pharaoh to his already lengthy list of royal cognomens and, at least technically, became the founder of the 27th dynasty. 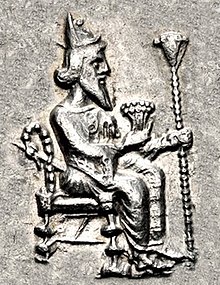 Persia had a difficult time maintaining control over its newest satrapy. In 404 BC, Amyrateus led a successful revolt and installed himself as pharaoh. His 28th dynasty, however, lasted less than five years, when he was overthrown. He assumed the title and ruled as Nepherites I. Four pharaohs and 20 years later, however, the 29th dynasty was overthrown and a new man, Nectanebo, found yet another dynasty (number 30). By 342 BC, however, the Persians under Artaxerxes returned – and over the next seven years solidified their rule – aided by the Rhodian mercenary generals Mentor and his brother, Memnon.

In 332 BC the Persian emperor Darius called upon the satrap Sabaces to join the army the king was raising to fight Alexander. Sabaces stripped Egypt of its Persian garrison, whom he led to their death (and his own) at the Battle of Issos. Sabaces’ underling, Mazaces, proclaimed himself “acting satrap,” only to be deposed by a Greek mercenary army under Amyntas. Ironically, Amyntas was not only a renegade exiled Macedonian prince but also had fought at Issos for the Persians. He and his hoplites had fought their way out of Issos to the coast, taken ship at Sidon, and sailed for Egypt. Amyntas publicly declared he was going to defend it in the name of Darius – but in truth wanted the riches of the land for himself. Mazaces attempted to resist, but was defeated – yet returned to lead an armed rabble that sent the Greeks packing (and killed Amyntas).

The Svenigorodsky cylinder seal depicts a Persian king thrusting his lance at an Egyptian pharaoh, while holding four other Egyptian captives on a rope.

The Pharaohs after Alexander

Mazaces’ triumph was short-lived. After successfully laying siege to Tyre and Gaza, Alexander marched on Egypt. Mazaces knew he had no chance to stand against the conqueror, and threw himself at Alexander’s mercy. Alexander spent little time in Egypt, leaving it to a governor to rule. After his death, however, his friend and general, Ptolemaios, established his own dynasty, with himself as pharaoh. His descendants ruled for nearly 300 years until Cleopatra (yes, THAT Cleopatra) committed suicide lest she be captured by the invading Romans in 30 BC.

Egypt in the Throne of Darius series

Egypt figures prominently in the series, beginning with Memnon, who, as noted above, completed the reconquest of Egypt for the Persian emperor, Darius. The battle of Issos, at which Sabaces fell – and fell bravely defending the emperor – and Amyntas and his Greek mercenaries fought, is the key event in the second book (Princess of Persia). Amyntas’ fighting retreat to the coast is featured in book three (Sacker of Cities). His adventures in Egypt, as well as Alexander’s arrival there, are recounted in the upcoming and fourth in the series (Son of Zeus-Ammon), which is due out in late November.