Interview with Brook Allen, Author of the Marcus Antonius Trilogy

I recently finished reading a very good historical fiction trilogy on Mark Anthony and enjoyed them so much I posted reviews for all three on their relevant Amazon page.   The author, the charming and scholarly Brook Allen, kindly consented to a mini-interview   (“answer me these questions three”) and promises to return the favor on her blog in November. 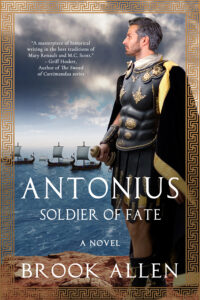 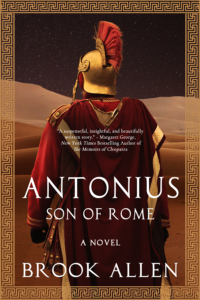 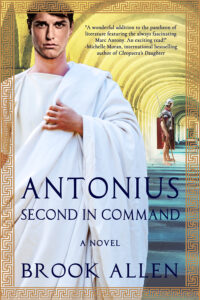 So, which famous actor who played Mark Anthony kept popping into your head while you were writing this series – or did you conjure up an image from somewhere else?

Honestly, nobody! I guess I had in my mind an “image” of what Marcus would look like—his overall build, complexion, smile, piercing eyes—what have you. However, I never really built him upon an actor’s performance or appearance. I am asked a lot which actor’s performance of Antony delights me the most. I keep coming back to Marlon Brando in the old black & white Julius Caesar. I’ve always thought it had to be Brando’s most powerful performance doing that funeral soliloquy, and his demeanor and look were totally what I’d imagine Antony to be. James Purefoy is a first-rate actor and yes—VERY easy on any woman’s eyes. But HBO’s ROME fell short in a lot of ways in my eyes, as they were way off target with the history, despite the rich costumes and set design.

Your blog talks about the extensive research you did, including visits to many of the places where key events in the series took place (lucky you!).  What did you discover about Mark Anthony that you did not already know?

There were two things that I learned from both the second and third books. First off, I couldn’t get my head around how huge theaters of war were in the Roman world. In a time before computers, walkie-talkies, and cell phones, these guys were communicating and fighting in enormous areas. The Battle of Actium was the most jaw-dropping, with literally a 50 mile or so radius of activity going on in real-time for months, since it was a lengthy stand-off. I still ask myself, how? How did they do it? How did they set up communication over miles in such a big area? Sure it took longer for messengers to arrive, but for the most part, it was effective.

Secondly, Antony’s territory as a member of the three-man triumvirate was the grandest. It was probably more than one man could handle. Again—no cell phones, computers, or walkie-talkies, so he had to travel within his Eastern territory an awful lot just to keep up with events, needs, changes within client-kingdoms; you get the drift. Anyway, he was the one doing all of the running around, since Octavian’s territories were all close together. Frankly, I’m impressed he was able to do it for an entire decade and carry on a campaign into Parthia on top of all that. Antony’s critics’ rail that he was a middling general and administrator, but he was doing something right because after Octavian won the war, he made very few changes in Eastern administration.

I have found such a lovely home in historical fiction. I love reading and writing it. Currently, my new project is very different from The Antonius Trilogy. It takes place in early 19th century America, amidst the upheaval of the Louisiana Purchase and Lewis and Clark’s exploration. It is also a local story, that took place (partially) near where I live here in Virginia. That made it especially accessible for me to research during the pandemic. And this story has not really been told the way I’m handling it, so I’m really excited about it being brought to light. 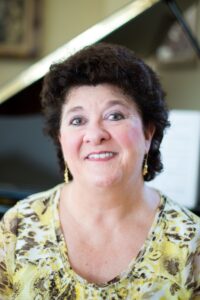 A lot of my readers may be worried about me leaving the ancient world, but I have another Roman project in the back of my mind. And trust me—there was just as much hardship and back-stabbing in early America, though it was cloaked under polite refinement!