According to ancient writers, Alexander the Great had an encounter with “Wonder Woman” – or at least her contemporary equivalent.  The parallels between the fictional comic book character and the actual historical figure are quite striking.

Her name was Thallestris.  According to Roman historian Quintus Curtius Rufus, Alexander met her “on the border of Hyrcania”  (a forested, mountainous land southeast of the Caspian Sea, near the modern Iranian city of Gorgan – formerly Astrabad). 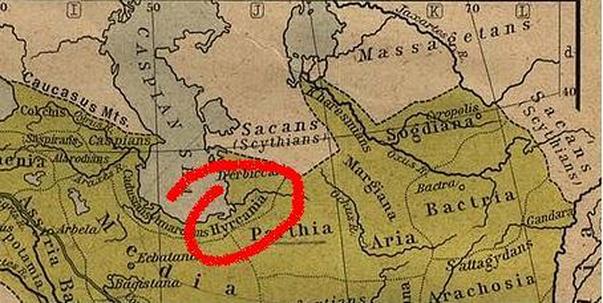 The queen ruled over “a tribe of Amazons. They inhabited the plains of Themiscyra in the area of the river Thermodon  (or Terme, as it is known  in modern Turkish).”

“As she caught sight of the king she leaped unaided from her horse, carrying two spears in her right hand. The dress of Amazons does not entirely cover the body; the left side is bare to the breast but clothed beyond that, while the skirt of the garment, which is gathered into a knot, stops short of the knee. One breast is kept whole for feeding children of female sex and the right is cauterized to facilitate bending the bow and handling weapons.” 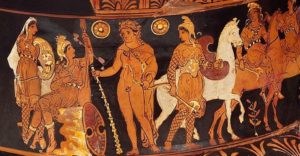 Quintus Curtius Rufus is one of the most respected and most often cited of Alexander’s ancient biographers.  Although he normally praises Alexander, in this passage where he describes the young king’s meeting with the queen of the Amazons even his talents for flattery are put to the test:

“Thallestris looked at the king, no sign of fear on her face. Her eyes surveyed a physique that in no way matched his illustrious record – for all barbarians have respect for physical presence, believing that only those on who nature has thought fit to confer extraordinary appearance are capable of great achievements.”

Although the Amazon queen was obviously disappointed, she had, after all, made the journey and was not going home without getting what she came for.   As Quintus Curtius Rufus continues:

“(Alexander) asked Thallestris the purpose of her visit, and she declared that she had come to procreate a child.  She explained that Alexander was, thanks to his achievements, the greatest of all men, while she excelled all women in strength and courage – so it was reasonable to expect that what was born of these two finest of parents would have qualities surpassing those of everyone in the world.”

Quintus Curtius Rufus is not the only source for this encounter.  As another Roman historian, Marcus Iunianius  Iustinus (or “Justin” as he is most commonly referred to) writes of the meeting of Alexander and Thallestris:

“Her appearance and the purpose of her coming aroused general surprise: she was strangely dressed for a woman and she came seeking sexual intercourse.”

Although both Quintus Curtius Rufus and Justin wrote long after Alexander’s death  (the former in the first century AD, the later in the second century AD), they each are believed to have had access to the works of two of Alexander’s contemporaries.  Cleitarchus – a scribe in Ptolemy’s court, and   Onesicritus, a historian who actually accompanied Alexander on his campaigns, and served as a helmsman on one of the ships of Alexander’s admiral, (Nearchus).  Each wrote the histories of Alexander.  Each reported the meeting between the  Macedonian king and the Amazon queen in similar and allegedly even more lascivious terms.

Alexander’s reaction, as the noted biographer explains, was predictable.

“The king was delighted. He acceded to her request, spent thirteen days having sexual relations with her, and then sent her home after honouring her with impressive gifts.”

Or, as the old joke about the princess and the knight goes, “she offered her honor; he honored her offer, and all night long it was honor and offer.” 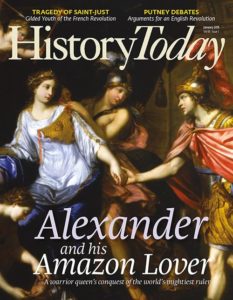